Cille is on the small side for a goliath, only topping out at seven feet. Dove grey eyes, wide-set in a chiseled face, all sharp edges and plains, a sharp nose and a knife-like slit for a mouth all combine to frame a face that is unique, though not classically beautiful. A fall of black hair, touched there and there with silvery highlights, drains colour from her form. What little can be seen of her skin is pale marble, and her entire build suggests the solidity of a statue. Her gear is well made and cared for: leather armour under a warm cloak and hood. Sturdy boots and an intricately carved quarterstaff complete the outfit.     Cille was adopted into the @thal after fleeing the destruction of her clan.

A child of a Nordic King, Earl or Chieftain who escaped destruction of their home by the holy Knights to the east. They first attempted to convert, then attached your home while your warriors were out raiding.   A people close to nature, your folk worship the Viking pantheon and share many of the same legends. Eastern tribes or clans often had a shaman (Druid) that served the village in leadership roles, while west of the mountains blessed warriors (Rangers) led the village. These roles were usually passed down along family lines. Women were equally likely to be fierce warriors and clan leaders as men.   On the western side of the mountains, Norjord clans are generally human or Goliath. Eastern Rus tribes are generally human or hobgoblin. Gnome and dwarf clans can be found under the mountains and often trade with the clans.

Must be human, goliath or hobgoblin. With DM approval and tailored backstories, goblin, gnome or dwarves can also be used.

This cannot be combined with the Mage Knight profession without the ongoing potential for theological conflicts.

Cille was a student at Akadimía, studying to become an administrator.

Prior to escape to the Drákon League, Cille was a Shaman of her people.
D&D Beyond Character Sheet 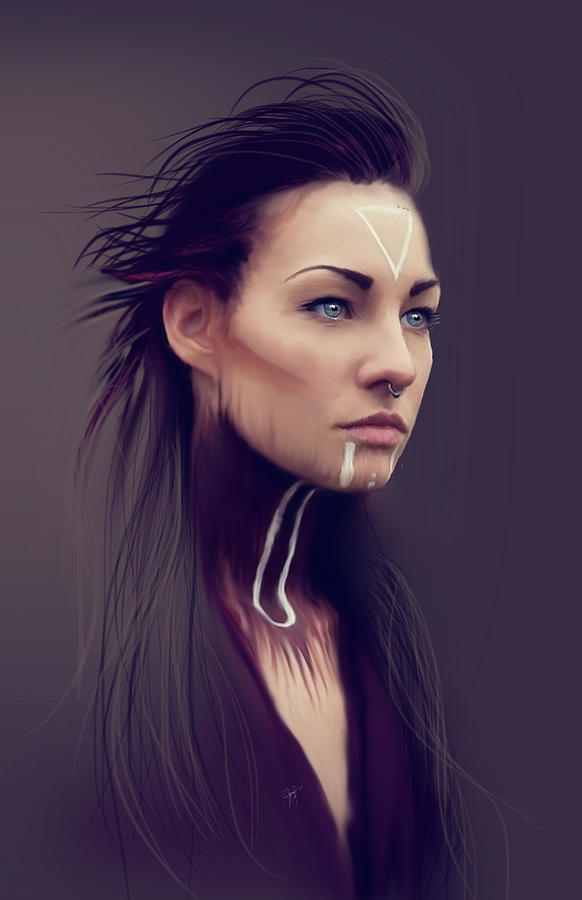