A child of a disgraced family, sold into slavery to a rival city state on tropical/Mediterranean islands with traits similar to Ancient Greece City States.   Your homeland, Drákon Confederacy, is racially diverse and tolerant. Half-bloods and less common ethnicity abound in this ancient kingdom. Those with bloodlines of ancient beasts (Elemental Scions, Dragon Scions) usually form the leading houses.   Despite being a slave, your talent has been recognized by your new owner and per the laws of the island nation, your ownership has been transferred to the service of the state. You still retain some of your contacts from your previous life, or perhaps some of those with your previous owner(s).

Languages Common
Equipment None. Character does however have 1d4 personal contacts for campaign purposes.
Lifestyle Poor

Can be any one of the following:

Vulcan is currently training to become a Mage Engineer.

Vulcan's past is not widely known.
D&D Beyond Character Sheet 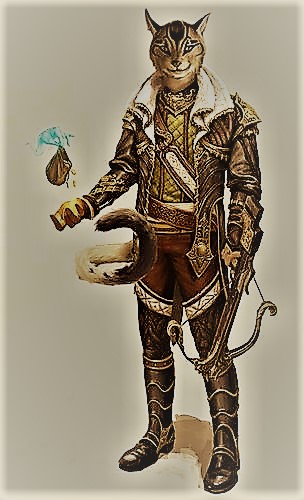