A youngest son or daughter of a large landed family. You were trained in the basics of leadership and demonstrated enough skills with the Gods' magic that you were deemed a threat to the succession. As various plots for your death began to emerge, your parents cut a compromise deal, effectively banishing you. You have left the southern Kæshék or Venúék empires.   You were accepted into your new home based on your talent (and a fairly sizable bribe from your family to get rid of you). Your family has since disinherited you and you are now forced to succeed or fail on your own.

Can be either a Sea elf (Venúék), Sun elf or Moon Elf (Kæshék).

Select one of the following: Level 3 Cleric (Temple of Jubrul). Level 3 Sorcerer

Otlyn is training to become a mage knight.

Otlyn has always been an accomplished sorcerer. 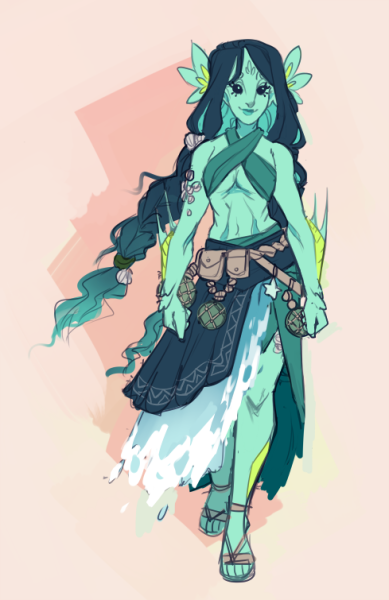 Suspicious of everyone, loyal and eccentric