Ianthe Meletitís is the daughter of Ianessa Meletitís. Her father is not known.   After Ianessa's death, Phlios Meletitís adopted Ianthe as a member of his household.   Ianthe witnessed the destruction of the Meletitís Family in a series of raids on the Kyrenia by Norjord raiders aboard the Røyskatt. She was saved as a prisoner, likely because the traitors did not know of Ianthe's relationship to Phlios.   She was later rescued by several students of the Akadimía, who happened to be doing a routine clearing of the Dikteon Caves. After a series of adventures, she returned to Astériapólis only to discover the plot to destroy the family was still in full swing.   She later fled to Froúrio to rejoin her companions and resume the search for Phlios.

Ianthe is significantly shorter than most of her peers. She has a heavier, non-athletic build. While fit, she lacks the physical strength and physique of many of her Akadimia peers and family members.

Ianthe is a scion of multiple draconic bloodlines, and has a stong natural talent for particular types of elemental magic. However, she shows very little ability for other forms of spiritual magic.

Ianthe often relies on bulkier clothing and blousier dresses that do not call attention to her physical appearance. This bias towards "comfortable" clothing can give those who do not know her a slightly dumpy look.

Ianthe attended the Akadimía as a Student of Natural Philosophy. She had very poor results, and eventually looked to drop out.

Ianthe's primary motivation is to find a place for herself that hasn't been thrust upon her. She will go out of her way to rebel against expectations others place upon her due to her family, upbringing or status.   Her attempts to study Natural Philosophy despite her natural talent for bloodline based magics is one example. Another example is her predisposition towards non-noble ("comfy") clothing when not absolutely required.   Ianthe has a strong sense of obligation to those who have helped her, but this doesn't extend to a need to behave in the way they expect.

Ianthe is a fairly forthright, if naive individual. She expects the best intentions out of herself and others.   When necessary, Ianthe can exhibit an intense stage presence, particularly in persuasive situations. She doesn't enjoy these situations however.

Ianthe is confident, but extremely sensitive to being treated differently. Due to her upbringing as a stranger in the household, she is extremely conscious of her position within a group, and can become alternately aggressive or withdrawn when she feels as if she's being dismissed, excluded or otherwise treated differently than others in the group.

Being raised in an aristocratic household, she is well mannered when expected to be. However in informal situations, she tends to prefer a more relaxed and almost goofy manner. She has a love of small things, and treats her friend Otlyn almost as if she's a doll to dress up.

Ianthe is generally well groomed, and expects the same from others. 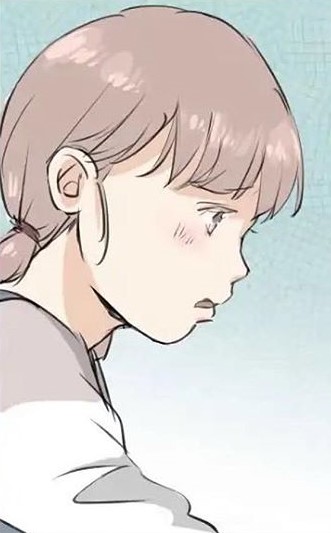 The daughter of Phlios Meletitís is a slightly sheltered 15 year old girl. Her somewhat overly large eyes are a deep blue stand out against white, nearly silver hair. She is a child of leisure, who shuns physical activity.

The physical inspiration for the character was Chiyo from the webtoon Koi Inu.

Please Login in order to comment!
Powered by World Anvil