Ward You have been sent as a "Ward' (political hostage) from a northern nation with traits similar to the Carolingian (Frankish) Empire. You are the ransom that settled a skirmish between your home nation and your new home in the Miinan Plutocracy.   Your previous home, Holy Empire of Humanité, is monotheistic empire, jointly ruled by the Emporer and the Pope. A nation of humans, demi-humans are scorned and non-humans are clearly "them" and often demagogues refer to them as savages, fiends. Discrimination and racial hatred are deeply held from childhood.   The empire is formidable land power and dominates the diverse eastern portions of the northern continent. Unfortunately they are almost non-existent as a sea power.   The formal priesthood is largely a theological organisation based around a single religion worshiping "Dieu". The deity is not named, but referred to simply as "Dieu" and is the source of all supernatural gifts. As a monotheistic religion, the priesthood preaches charity to one's own, conformity with Dieu's laws, and (forcible if necessary) conversion of non-believers. Traditional magic is heretical.   The distinguishing feature of the Empire's structure is the knighthood, a well organised series of Paladins in the service of both Dieu and Country.   The southern parts of the empire are often in rebellion, and due to climate are a poor match for the traditionally heavily armored northern knights.

Level 3 Paladin - Oath of the Crown

This cannot be combined with the Mage Knight profession due to theological conflicts.

Magnus is currently a student at Akadimía, studying to become an administrator.

Prior to becoming a ward of the Drákon League, Magnus was a Knight of the Empire.

Magnus would have been exposed to “heathens” in the course of his trainings. But they were two very different kinds of trainings. One was from the knighthood, who in accordance with the Church views the heathens with contempt and considers them little better than pond scum. The other training was from Aunt Rose, who showed Magnus their beauty and helped Magnus develop empathy and a small understanding of them. Though much of that training is just starting to take hold within Magnus. 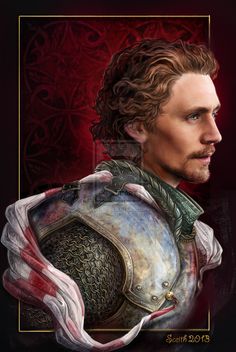